Name Day vs. Slava – They’re Not The Same Thing 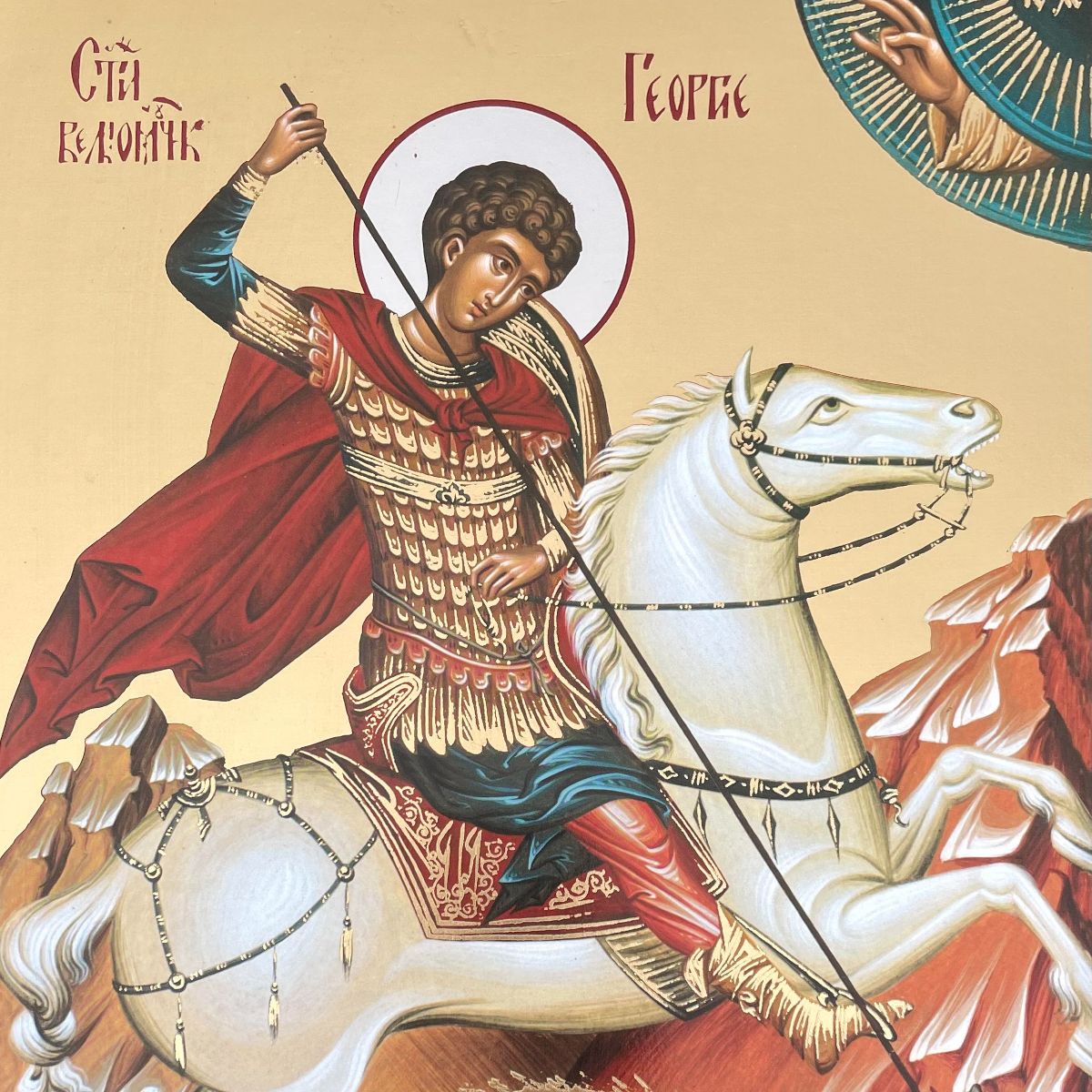 Name Day vs. Slava – They’re Not The Same Thing

Blog celebrating diversity through detailing the culture and traditional customs behind the Serbian slava and how this differs to a Name Day. A great read if you wish to learn more about the Serbian culture.

Creeping through an ancient underground city in Cappadocia of Turkey is not exactly where I expected to find the same painting of St. George that has graced the living room for my entire life. While only discovered by archaeologists in 2016, the underground Christian city dates back to as far as the fifth century AD. That gives you a bit of context for the longevity of celebrating this Saint – and also argues that the more we find out about our ancestors, it seems, the less we know.

Many Eastern Orthodox and Roman Catholic religions celebrate what you would broadly refer to as a Name Day. It consists of celebrating a day of the year that is associated with one’s given name. A tradition similar to a birthday but often more widely celebrated. After all, more of your friends and acquaintances will know your name before they know your birth date. These names will generally tie back to the Christian calendar of saints. Those named after a Saint will celebrate their Name Day on the Saint’s Feast Day. More commonly in Orthodox traditions, the celebrations take place on the day of the saint’s death. Examples of countries that hold these celebrations are Bulgaria, Croatia, the Czech Republic, as well as Denmark, Finland, France. Plus a whole lot more.

Slava and How It Differs to Name Days

In Serbia, we tend to go against the grain. Still operating on the Julian Calendar, we celebrate Christmas, Easter, and even the new year 13 days apart from the rest of the world. Not easily swayed or peer pressured to change tradition – and certainly not stubborn. In terms of our celebration of Saints, we do things a little bit differently to the general Name Day traditions. Instead, each Serbian family celebrates a family patron saint, one that has been passed down generation to generation. I am not quite sure how this was originally delegated from family to family, but the tradition stands for as long as time itself and is broadly considered the happiest and most joyous day of the year. We call it a Slava in the Serbian Orthodox Christian tradition – “Slava” meaning to celebrate, praise, or glorify. In November 2014, it was inscribed in the UNESCO Intangible Cultural Heritage Lists.

To walk you through the average Slava, I have to start the story at least 24 hours before a single guest arrives. When you talk about the Saint’s Feast Day – it really is exactly that. Think 30 people having several courses of food all throughout your house (basically, wherever you can place a table and chair). Let’s just say, we have a lot of cutlery that only gets used on one day of the year. To get an idea of what kind of food is on the menu, you can read Balkans Foods You Have to Try.

As you can image, a lot of cooking, cleaning, and preparation goes into hosting 30 dinner party guests, so the whole family is usually put to work with classic Serbian tunes flowing in the background and a whole lamb rotating on a spit outside. Traditions may vary from house to house, but in mine, at 12pm – we gather round, light candles, say a prayer, and my mum proceeds to walk around the whole house, burning essence in a thurible. In doing so, blesses the house. We walk around our table 3 times (3 is a significant and special Serbian number) and my father breaks bread over my brother’s head and then pours red wine onto the bread. We each then eat a small piece and get back to work. Most years, we barely make it in time. But we’ve never been unprepared for the entrance of our first guest. It’s an art that we’ve crafted by now.

Other traditions involve kissing guests on arrival (3 times of course). Just +1 to a French or Italian greeting. Although, Covid-19 has saved us from this tedious task two years in a row. It really is a lot of effort kissing that many people. Guests will typically bring gifts in the form of a bottle of whisky or grappa, a bag of coffee, chocolate, and wine (sometimes all of the above). Before sitting down, they will eat a spoonful of a dish made with wheat, walnuts, and sugar. This is symbolic in Christianity for health and prosperity.

The Serbian culture is very hospitable, so guests typically stay seated and are served by their hosts. Drinks, coffee, cake – but usually the main courses sit at the middle of the table for everyone to pick themselves. Everyone sits around, feasts, chats, and laughs until the late hours of the night. If you’re lucky, everyone may break out into song and dance. The kolo, a Serbian folklore dance, is usually a sign of a very successful Slava. St. George, the Slava celebrated in my family, is a particularly well-liked and famous day within the Serbian culture. There’s a very popular song based around this Slava and it’s an absolute banger, describing the rolling around of St George’s Day and not being with the one you love. The clean-up is nearly as big as the prep and each year we say that the evening was better than all those before it and we look forward to doing it all over again next year.

2 thoughts on “Name Day vs. Slava – They’re Not The Same Thing”