A collection of educational and intriguing articles for those who want to read up on cultural diversity, cultural- (CQ) and emotional intelligence (EQ),  gender diversity and LGBTQIA+. 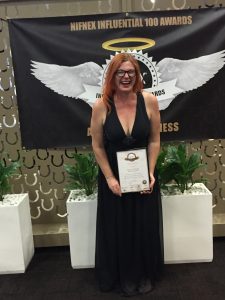 Being Culturally Smart is the Next Big Thing. Published in April 2016 in Blooming Minds Magazine.

Culture counts: the diverse effects of culture and society on mental health amidst COVID-19 outbreak in Australia

An academic paper on the impact of COVID 19 on mental health in Australia with a particular  focus on culture and marginal communciaties. (Cambridge University Press written by Dr Yulia Furlong and Tanya Finnie)

Beyond the Pale: Cultural Diversity on ASX 100 Boards.

“Australia is a multicultural triumph. It’s time we start seeing more cultural diversity in the leadership of our organisations.” – Dr Tim Soutphommasane.

Cultural diversity is severely unrepresented in leadership positions within both the private and public sectors. Due to the influence of organisations across Australia (and the world), it has become increasingly important for citizens to see themselves represented in positions of power.

This report provides a detailed, quantitative study of cultural representation within Australian companies, before outlining the primary barriers to increasing diversity within such businesses.

There is strong correlating evidence to show that diversity significantly improves the financial performance of investments (both individually and company-level). If there is such strong proof to the economic benefits of increasing multiculturalism in a business, then why is there still such a startling lack of organisational diversity?

Accompanying the quantitative data within this report is an actionable plan for the implementation of diversifying procedures within a company.

To this day, there is a lack of valid and reliable tests for cross-cultural competence. This article examines this literature gap and provides statistical evidence for the successful continued usage of such testing measures.

CQ-Livermore An overview of CQ – Dr David Livermore as published in Forbes magazine 2010.

As more Australian organisations look to break into the international market and outsource goods and services, cultural intelligence is becoming progressively relevant.  Read this interview with Felicity Menzies, author of A World of Difference, as she illustrates the importance of cultural intelligence and how organisations can benefit from improving their understanding of it.

There are innumerous ways that human encounters can be interpreted in a foreign business – subject to cultural and social barriers that frequently encourage misinterpretations.

Emotional intelligence has been proven to increase your chances of being hired, getting promoted, and earning a better salary. But what are the other benefits of possessing EQ?

Connections between emotional intelligence and workplace flourishing – Schutte and Loi

Emotional and cultural intelligence in diverse workplaces: getting out of the box – Clark and Polesello

The economics of the gender pay gap report for Australia from the Diversity Council Australia (Via KPMG).

Gender Equality Progress in Australia is in trouble. Are we excluding men from this conversation? Are rural areas more 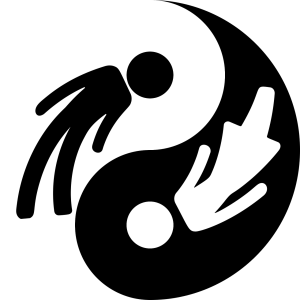 progressive? How do different generations view this?  Sneak peek: 88% of Australians still view inequality as a problem.

A toolkit to assist if you advocate parliamentarians and want to shape policy. 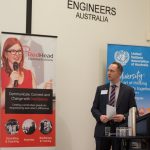 The untapped power reserves of diversity and inclusion – Jeremy Wray

Since 2016, there has been an enormous shift in the adoption of diversity practices in the oil and gas industry. A great Case study for embracing diversity and inclusion (D&I) practices.

From gender equity and cultural diversity to sexual orientation and physical disabilities, companies are changing their outlooks and practices towards those that have traditionally been ostracized.

Diversity in Mining & Oil and Gas

This paper uses the town of Lenora, Western Australia as a case study through which to understand the impacts the mining industry can have. Specifically, how town populations can decrease during a boom period, offering limited opportunities to residents and women as they become “men’s towns”. This article demonstrates the need for the mining industry to re-think their practices to become more welcoming to women to avoid problems associated with predominantly male work sites.

A thorough interrogation of the current, predominantly white and male mining industry. The authors focus on how this impacts on opportunities for employment within the mining sector for Indigenous women, and in so doing explores the relationship between “capital, race and gender occurring within both mining and Indigenous communities.” Though it is an older source, it is still relevant and insightful.

A research paper that examines the interaction between mining companies and Indigenous groups that frequently act as stakeholders since the Native Title Act of the 90s. The paper critiques approaches that come from a PR level, stating that ethical practices require power-sharing methods as opposed to lip service declarations.

A paper discussing how, to gain acceptance in a male-dominated field, many women ‘perform’ their gender in a way that de-emphasises femaleness. Discusses the idea that although it is an effective coping mechanism, it does not challenge the ‘gendered culture of engineering’ and facilitates a hostile work environment for women.

A paper examining the lack of fulfilment of communal goals as a reason why many women choose not to participate in STEM careers, as women tend to favour community goals more so than men. Understanding this opens new avenues for increasing female participation in STEM careers.